***Only Athletes who are recommended by an Edgemont UFSD board appointed coach, physical education teacher or athletic administrator and receive a letter from the Athletic Director are eligible to participate in the process***

The Athletic Placement Process (APP) is a program for evaluating athletes in grade eight (8) and in some cases grade seven (7) for readiness to compete on a Junior Varsity or Varsity team. Placement is determined according to a particular athlete’s physical maturity, fitness level, socioemotional readiness, and sport-specific skills in relation to other athletes on those teams in accordance with standards established by the Commissioner as they pertain to creating and maintaining a safe and healthy environment.

***Students in grade seven (7) are only eligible for Athletic Placement in a sport that has no modified team attached to it. Please see below, those particular programs:

Students do not mature at the same rate, and there can be tremendous developmental differences between students of the same age. The APP is not to be used to fill positions on teams, provide additional experience, provide an opportunity for middle school or junior high students when no modified program is offered, or to reward a student. Instead, it is aimed at the few, select students who can benefit from such placement because of their “level of readiness”.

The APP is to be used only when an individual athlete’s athletic skills warrant moving to the intermediate or commencement level of competition, and therefore, will only be initiated by the district’s physical education director and/or athletic director, the physical education staff, or the programs coaches who recognize the student’s skill. Evaluation should be considered only for those students with the appropriate physical and emotional readiness, and whose athletic abilities are outside of those of their age-related peers.

APP Dates to Keep in Mind

If upon examination by the school medical director the athlete does not meet the required standards in the desired sport and level, he or she may not proceed any further in the evaluation process.

Also, if an athlete fails to meet an appropriate sport skill level as determined by the coach, he or she may not proceed any further in the evaluation process.

Only the student-athletes who pass all parts of the APP are permitted to try out. There are no waivers. A student must meet the appropriate standards of physical and emotional maturity, size, fitness, and skill, in order to qualify.

***It is strongly encouraged to use the NYS Standard Form (HERE), but if not, "cleared for participation in interscholastic athletics" must be listed on the form.

***If at any time a student-athlete does not meet the criteria of a particular phase, he or she may not proceed any further in the evaluation process and must return to the modified level of competition.

***If the student-athlete does not make the team after the try-out period has concluded, they must return to the modified level of competition. 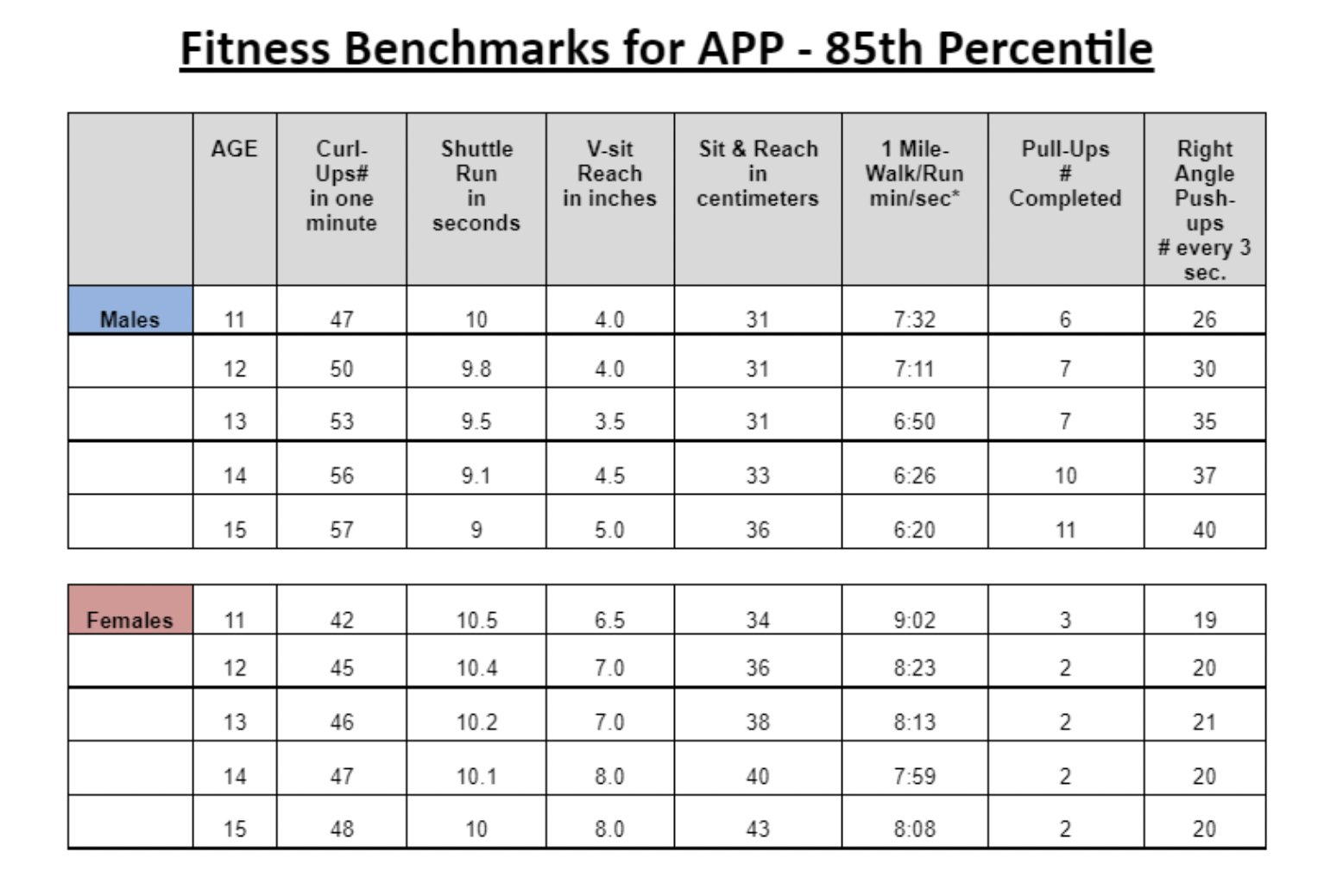 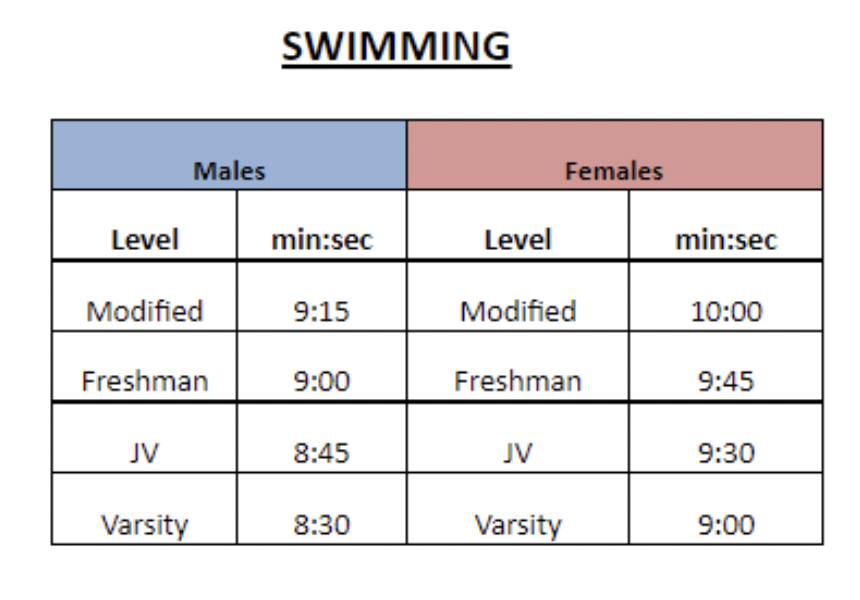 A number of recognitions are awarded at the end of each season (The first Thursday in November, March & June) and at the Senior Awards Banquet held in June.

The following awards and their criteria are listed below:

The Seasonal Sports Award Dinners are held for the varsity teams at the conclusion of each sports season (Fall, Winter & Spring) in the EHS Cafeteria. This gives the Student-athletes the opportunity to be recognized in front of their peers for season accomplishments as well as outstanding achievements. Captains reflect on the season and their overall time in the program, Student-athletes receive their Letters & Pins, and the coach for each team presents their MVP, Most Improved & Coaches Awards.

• Participants at the Varsity level receive Varsity letter and a “Sport-Specific Pin” the first time they “Letter” in a sport at EHS.

• Each Varsity Student-athlete will receive a “Bar Pin” for each additional year they letter in a particular sport.

• Varsity Captains receive a “Captain’s Pin” in recognition of their contributions.

• Varsity Managers will receive a “Manager’s Pin” in recognition of their contributions.

***Varsity Letters and Pins will be awarded at the discretion of the coaching Staff and Athletic Director.

• MVP Award - Awarded to the individual who the coaching staff feels was the most outstanding player on their team during a particular season.

• Most Improved Award - Awarded to the individual who the coaching staff feels showed the most improvement either during the current season or in comparison from a previous season.

The Arthur V. Mann Award is presented to Senior student-athletes who participate on at least two varsity athletic teams during their senior year. Students must earn at least 10 points (total) during their Junior and Senior year, based on the scoring scale below.(Any athlete who quits or is removed from a team during the season will be disqualified from receiving this award.)

1 pt: For each season the athlete participated in a sport

2 pts: For every "All-League" designation

4 pts: For every "All-Section" designation

1 pt: For each Coaches Award received

2 pts: For each MVP Award received

• Recipient will be given an award at the Senior Athlete Banquet

• Recognition will be added to students high school transcript

The Panther Elite Achievement Award is presented to student-athletes who completed at least nine varsity athletic seasons in their Edgemont Athletic Career. These students demonstrated the desire, versatility, and commitment to excel in multiple sports. This achievement award was created to recognize and honor the multi-sport athlete and in particular the 3-sport athlete, who in this day and age of sports specialization has become a rarity.

• Must be a Senior

• Recipient will be awarded a custom-made blanket with name, graduation date, teams and years participated

• Recipients name will be put on a banner in Pantherdome

(Any athlete who quits or is removed from a team during the season will be disqualified from receiving this award.)

The Senior Leadership Award is presented to a senior boy and senior girl for the leadership qualities, the commitment to athletics, and the sportsmanship they have exhibited in competition and at all times throughout their respective season(s). This award is voted on by our varsity head coaches and nominations are based on the criteria below:

• Must be a Senior

• Recipient will receive a $ 350.00 scholarship at the Senior Athlete Banquet

(Any athlete who quits or is removed from a team during the season will be disqualified from receiving this award.)

It is the objective of The Edgemont School District, Section One, and the New York State Public High School Athletic Association to have our athletic events contested in the most sportsmanlike atmosphere possible. To that end please see below the link to our Spectator Code of Conduct. Thank you in advance for assisting us in making our athletic events a great experience for all in attendance.

Please use the information below to learn more about concussions in sports, how they are identified and diagnosed as well as how we manage our student athletes return to action:

Please note: Although we err on the side of caution and make recommendations based on the identified and observed symptoms consistent with concussion, our coaches and our athletic trainer cannot legally diagnose a concussion. That can only be done by a licensed physician.

Please be advised, that after a clinically diagnosed concussion, in order for an athlete to resume activity with their respective team, they will:

Stages of the RTP

All stages of the RTP require that the athlete be symptom free for 24 hrs prior to moving on to the next stage of the process. This process is required and mandated by NYS Law.

4. Non-Contact Practice* - Same exercises as above and participate in practice without contact.

7. Authorization to Play - Return to competition

*At Stage Four the student-athlete will participate in a “non-contact practice” wearing a brightly colored shirt/pinny/jersey so that his/her teammates know to avoid any contact with that particular player.

** At Stage Five a “Post Injury” Impact Test is administered and sent along with “Baseline” to District Physician who must then provide clearance for athlete to proceed to Stage Six and participate in “full contact” practice.

*** At Stage Six the athlete must participate in a practice that has the usual intensity. For example, a “walk-through” practice for football on the day before a game would not be sufficient for passing this particular stage.

Please click here to view our current protocols for athletics

***For verification of the above information, please visit the "Daily Schedule", which will be posted by 12:00 pm each day and will be updated as weather conditions dictate***