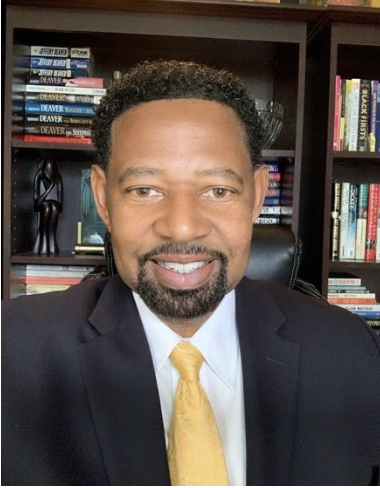 Dr. Kenneth R. Hamilton served as Superintendent of Schools for 8 years in Mount Vernon City School District,  one of the largest school districts in New York.  He completed his undergraduate degree at Seton Hall University where he majored in Criminal Justice and minored in Education. He studied advanced level courses in fulfillment of his Master of Arts degree In Special Education and School Administration at Seton Hall University, and Jersey City State University.  He also completed leadership institutes at Harvard University and Princeton University, before completing doctoral studies at Nova Southeastern University.  He worked as a Special Education teacher in Newark, NJ for 10 years. He later became the district’s Resource Teacher for bridging the gap between special education and general education instructional practices. After leaving Newark Public Schools, Dr. Hamilton become Vice Principal at Hubbard Middle School in Plainfield, NJ where he implemented the first Middle Schools of Choice program designed to develop career academies for middle school students with a focus on the performing arts, math and science, humanities, and business as an alternative to the traditional, failing middle school program.

After being recognized for his ability to initiate change and spearhead improved student outcomes, he was promoted to Principal of Clinton Elementary School where he implemented one of the first mandatory school uniforms policies in the State of NJ, and increased student performance by 83% in 4 years. He was later hired as the Assistant Superintendent of Schools in Cherry Hill, New Jersey where his responsibilities included supervision for middle school programs, district wide professional development, minority achievement initiative (closing the achievement gap) and diversity recruitment. He then became Superintendent of Schools in Westampton Public Schools where he was recognized for implementation of several programs designed to improve student outcomes. Immediately prior to joining the Mount Vernon City School District, he served as Superintendent of the Monroe Township School District where he implemented the largest 1:1 iPad initiative on the east coast, successfully managed district reconfiguration, including the opening of a new state of the art high school, developed and implemented the district’s strategic plan, co-authored Senate Bill S2307 and presented before the NJ State Senate to justify the need for support of this proposal for equitable state funding for the children of Monroe.  On July 1,  2022, Dr. Hamilton took the helm of the Edgemont Union Free School District as the Superintendent of Schools.

Dr. Hamilton was awarded a fellowship grant by the Geraldine Dodge Foundation at Princeton University to study the effects of Year-Round Schooling.  He has served as a US Delegate to China to observe educational programs there, he was the recipient of the NAACP Distinguished Educators Award,  and the Sybil Yastrow Superintendent’s Grant.  Additionally, Dr. Hamilton has visited schools in Korea and Africa to observe instructional practices.  He has served as an Adjunct Professor at Seton Hall University, William Paterson University, and  Mercy College.   He is an approved mentor for the NJ State School Administrators’ Residency Program.

In his leisure time, Dr. Hamilton enjoys music, theatre, and is an accomplished playwright in addition to being a published author of a children’s book, Oli Learns to Read. He is married, has two sons, and recently welcomed his first grandson.